I imagined the conflict that i saw in Darfur -Sudan, there is serious fighting broke out in Darfur when black clansmen took up arms after accusing Bashir’s Arab-dominated government of marginalizing the region.

The army fought back, joined by paramilitary forces including the infamous Janjaweed, who were accused of riding their camels and horses into villages, killing the men, raping the women and stealing whatever they could find.

I use conflict tree tool to analyse this conflict in reflection to links between root, underlying, and direct causes, issues and dynamic factors. 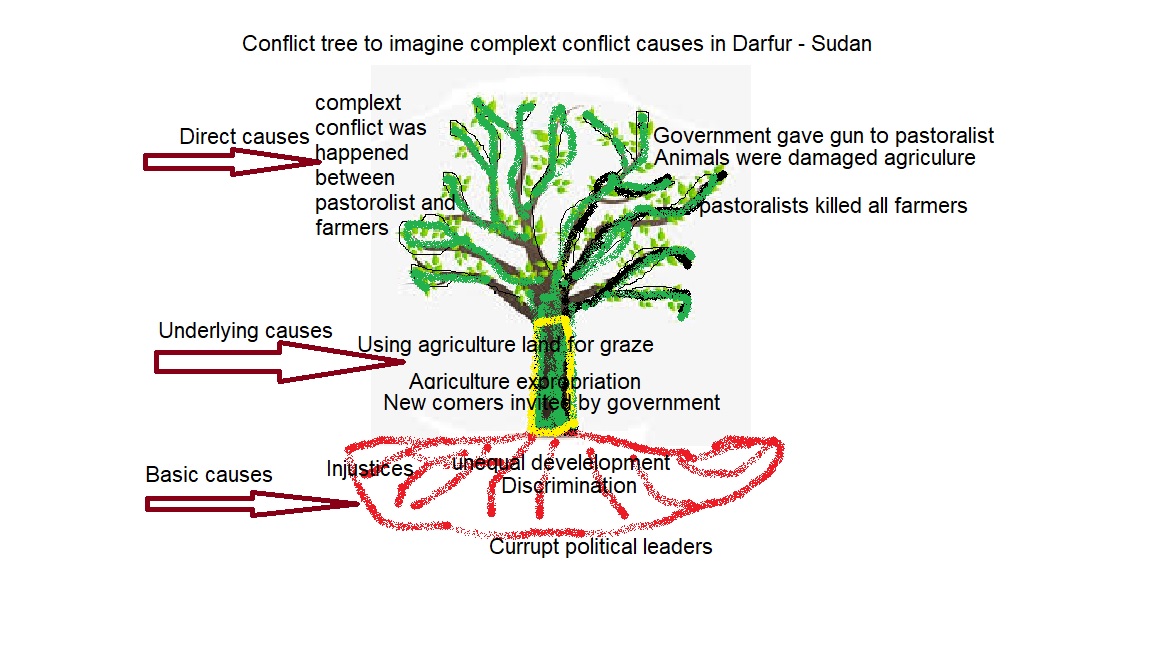