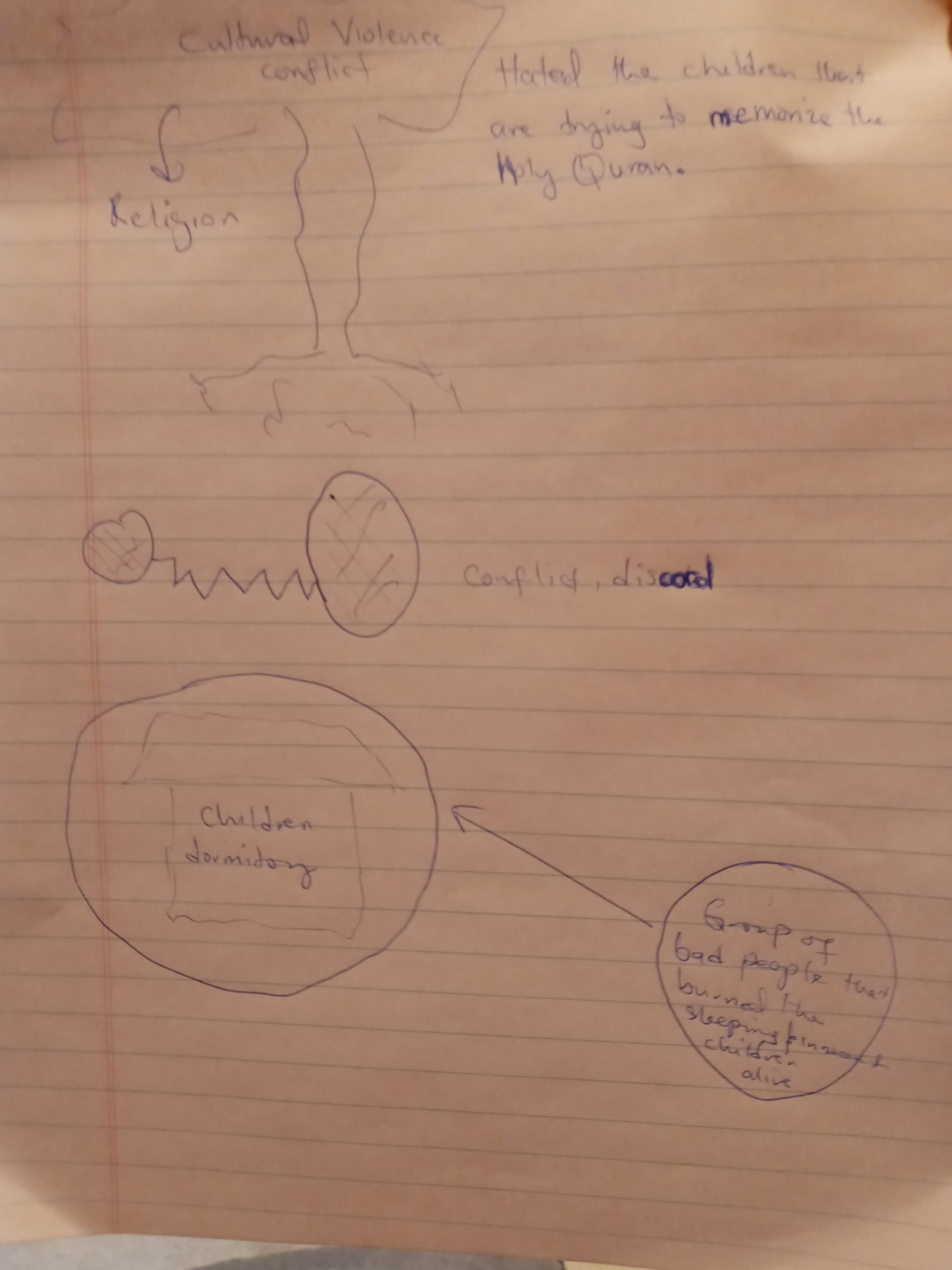 In Liberia 2019, an unspeakable violence happened in the town of Caldwell where a group of people went ad burned the place where a group of innocent children trying to memorize the holy Quran. As the children were sleeping in their dormitory a group of , I do know what to call them, unconscious human went and set the place on fire. There were 28 children and 3 teachers that were in the building. If I’m not wrong only 2 boys survived that because they were able to escape the blazing fire, however, they were really injured and they did last long and they died at the hospital. They are around like 14-15 years old. The rest of the children and the teachers left in that fire. I believe it is because of cultural conflict that led to this act.